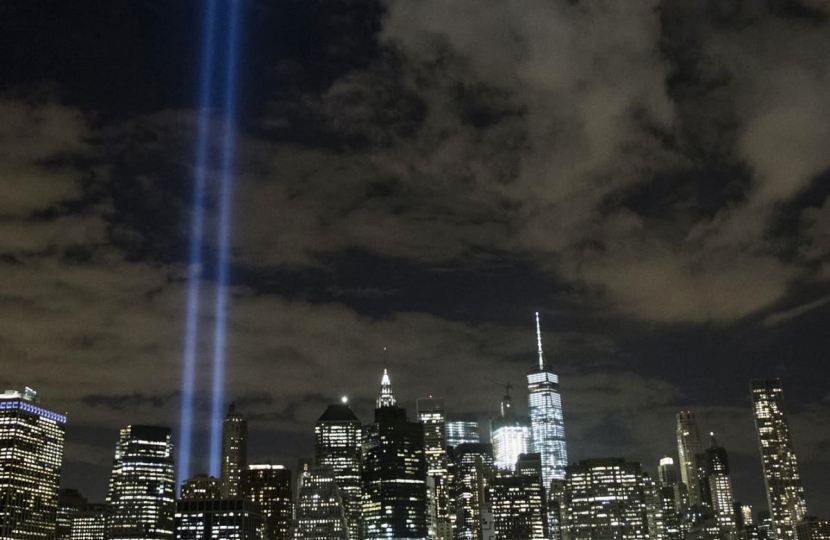 Today is the 20th anniversary of 9/11 - one of the worst terrorist atrocities in living memory. The reverberations were felt across the world - with increased tension between racial and religious groups, war between nations, and a sense things would never be the same again. With 31 late-stage terror plots foiled by MI5 over the past four years alone, it’s clear that terrorism remains a grave threat to our way of life to this day.

However, today, we remember. We remember the 2,977 lives lost, the countless more who were injured, and those who carry the mental scars with them to this day.

Remembrance is an important act.

It’s by remembering those who died that our resolve never to see such terrible things happen again is strengthened. How do we beat the terrorists? How do we stop them from destroying our democratic way of life, and our freedoms to choose?

Well, it’s by strengthening community cohesion, being careful to judge others by their words and actions; not their social, economic, or ethnic backgrounds. It’s by helping and caring about other people. It’s by finding common ground and working together with others to solve the problems that confront us all. It's by choosing to focus on the points of agreement between us rather than homing in on the discord. Above all, it’s about maintaining our quintessentially British sense of duty, kindness, loyalty, and fair play.

So today we remember what has gone before, we pay our respects to those who died, and we remain determined it must never happen again.

Today Duncan asked the Rt Hon Grant Shapps, Transport Minister, about the problems in bus and coach provision caused by the present shortage of HGV drivers.