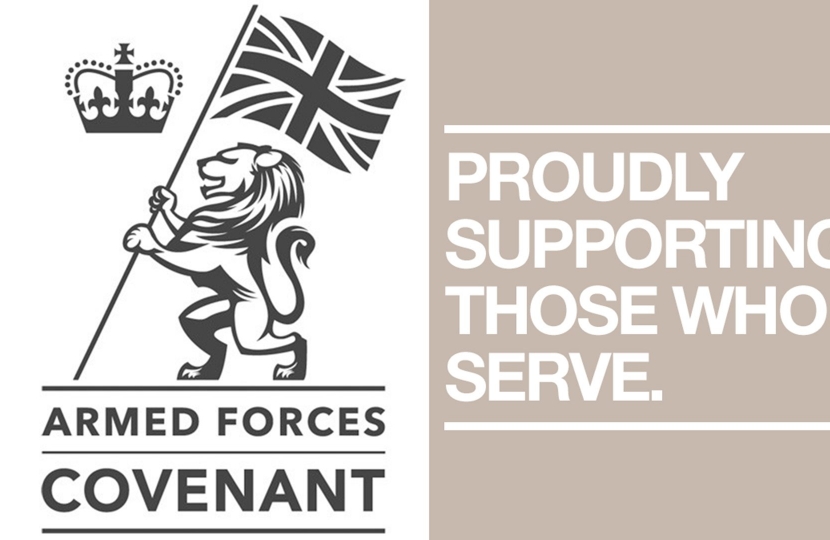 The further incorporation of the Armed Forces Covenant into law in this bill is welcomed and should be supported across the house.

The Covenant is certainly a force for good - where our military have supported us, it is only fair and right that we now support them. And at its core - that is what this Bill does.

However, care needs to be taken that the covenant process does not just become another box ticking exercise. I am proud to say that this is not the case In Norfolk.

I am glad to say that the Armed Forces Covenant Board has continued to work through the pandemic with a clear action plan working across health, housing, education and building communities.

Of course, this work is, as it should be, largely focussed on the veterans and service families however in recent months my thoughts have increasingly been turning towards our support for the service men and women.

The last 12 months have been difficult for all of us. The public upwelling of sympathy for and support of frontline healthcare workers has been some comfort and encouragement for them.

But behind the scenes, thousands of our military personnel have been hugely involved around the country too.  All their training is geared towards coping in a crisis, persevering through adversity and never admitting defeat.  Their professionalism whether in planning, logistics, in transport and of course in all the healthcare roles is second to none. Their drive and initiative, enthusiasm and endeavour, not to mention their courtesy and compassion have been repeatedly remarked on by members of the public.

Less visible but no less important are the sailors, soldiers and airmen and women who continue to defend our country and our way of life at home, at sea and in coalition operations overseas.  They have had greater periods of separation as they isolate pre-deployment and greater anxiety as they are separated from their loved ones and unable to help with home schooling or caring.

To all our North Norfolk service men and women, no matter their role, I pay tribute and thank them on behalf of my constituents. Whether it’s helping to roll out testing in schools or rollout the vaccines, thousands are supporting the NHS around the country. At our Norfolk and Norwich Hospital, military personnel have been drafted in as support, much like the rest of the country.

The Armed Forces Covenant calls for public recognition of the armed forces. Perhaps the Minster would agree with me, that this year’s Armed Forces Day needs to be something more special to recognise service men and women's contribution in the fight against the virus.

I have the utmost confidence that this Bill will increase awareness among public bodies of the unique nature of military service. Our service personnel are respected and revered the world over. They bring dignity, precision and a reassuring sense of calm to every aspect of their role and the contents of this Bill further recognises and enhances the vital role of those brave men and women.