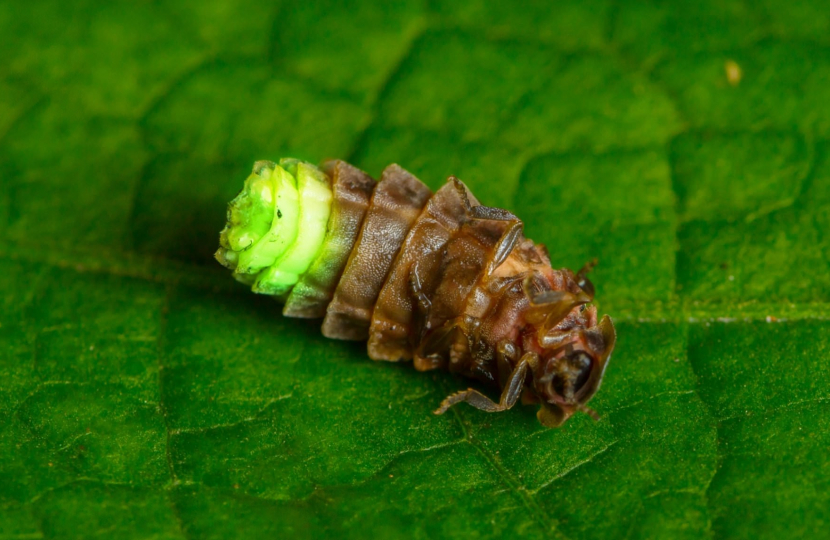 Duncan has recently taken on the role of 'Species Champion', one of a number of MPs working with the Rethink Nature Partnership to tackle decline in species populations in the UK.

Duncan has been asked specifically to champion the cause of the Glow Worm, one of Britain's most adored yet mysterious insects. Glow worms face many modern day threats and challenges affecting their future existence.

Glow worms, despite their name, are in fact beetles and belong to the Lampyridae or firefly family. Of the 2,000 species globally, only two are found in the UK. The Common Glow Worm (Lampyris noctiluca) is the species most often seen in the UK.

In common with many other invertebrates, glow worms are threatened by habitat loss and pesticide use, but they are also directly impacted by light pollution due to their use of light-based signals for mating. The species does not currently have legal protection, but glowing females are declining with studies showing a fall in numbers of glowing females of 75% over 18 years in England.

Even very low levels of light pollution can interfere with the ability of males to locate glowing females. Meanwhile females, which rely on sunset as a cue to glow, can be confused by light pollution. Light pollution has increased by at least 49% over the past 25 years, and continues to be overlooked as a factor in our efforts to restore national biodiversity.

There are many issues in the headlines today, the war in Ukraine being chief amongst them. But we forget some of the lesser-known issues at our peril: biodiversity and preservation/promotion of habitats are absolutely vital to the food chain and, ultimately, to our own survival.

As a constituency with two globally recognised Dark Sky Places - Wiveton Downs and Kelling Heath - it seems that there is much we may be able to do here to help the plight of the plucky glow worm. Not only are they beautiful, but they are one of a number of species affected by humankind's progress, and we owe it to them to do all we can to restore their habitats and promote their breeding.