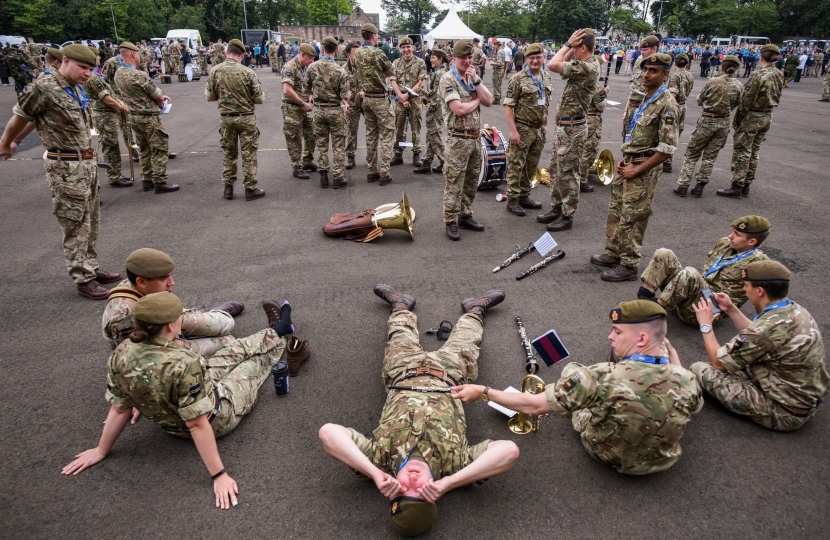 The government is to bring forward legislation to protect Armed Forces veterans and serving personnel from repeated investigations and vexations claims.

The Overseas Operations (Service Personnel and Veterans) Bill will set a five-year limit for bringing claims from the date of an incident, except in exceptional circumstances, the Ministry of Defence said. It will require the consent of the Attorney General before any prosecution can proceed.

All future governments will be compelled to consider derogating from the European Convention on Human Rights in relation to significant overseas military operations. This legislation follows a consultation started last July. The government said it will set out in due course proposals to ensure Northern Ireland veterans receive equal treatment to counterparts who served overseas.

Defence Secretary Ben Wallace MP said, "For decades the men and women of our Armed Forces have been faced with the prospect of repeated investigations by inquest and police - despite the vast majority having acted in accordance with the rule of law and often at great personal risk. That is why the government will today legislate to protect our veterans against repeated re-investigations where there is no new and compelling evidence against them, and to end vexatious claims against our Armed Forces."

The Ministry of Defence says it wants to recognise the unique burden and pressures felt by military personnel during overseas conflict. Operations in recent years have given rise to an 'unprecedented' number of legal claims.

Military operations in Iraq resulted in nearly 1,000 claims against the Ministry of Defence for unlawful detention, personal injury, and death. Approximately 1,400 judicial review claims were brought against the MoD, seeking investigations and compensation for a variety of alleged human rights violations.

Duncan Baker said, "Whilst it is right that those who operate outside the law, even in military conflict, are held to account, it is clearly wrong for the vast majority of Armed Forces personnel, who have served their country with distinction and - often - suffered incredible pressures on their physical and mental health as a result, to then face repeated inquiries and vexatious claims against them. I welcome this legislation."

Help the Hedgehogs this Summer

Today Duncan visited Hedgehog Haven in North Walsham and spoke to Marion Grimes about how to protect our prickly friends this summer.