Nearly three weeks on and still no reply... 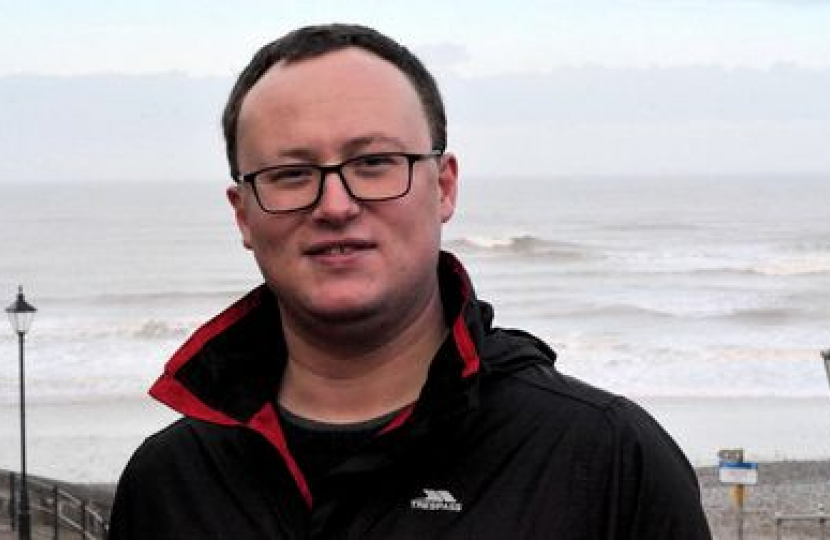 Nearly three weeks on and I've not received a reply to my letter.

I'd much have preferred for Jerome Mayhew MP and myself to meet with the Leader but Cllr Adams has "banned" me from meeting with him. This is now a very serious matter indeed. The people of North Norfolk are being badly let down by Cllr Adams refusing to meet with their elected Member of Parliament to face very important questions.

Scrutiny and holding the activities of his Liberal Democrat administration to account has unfortunately become necessary owing to the significant failure in the council's financial controls. I have to ask: is this how he intends to run the council? Will he ban others that ask big questions? This is a terribly worrying trend.

I call on Cllr Adams, again, to directly answer the serious questions his administration faces, without further delay.

A copy of the letter suitable for use with screen readers can be downloaded under 'Attachments' at the bottom of this page. 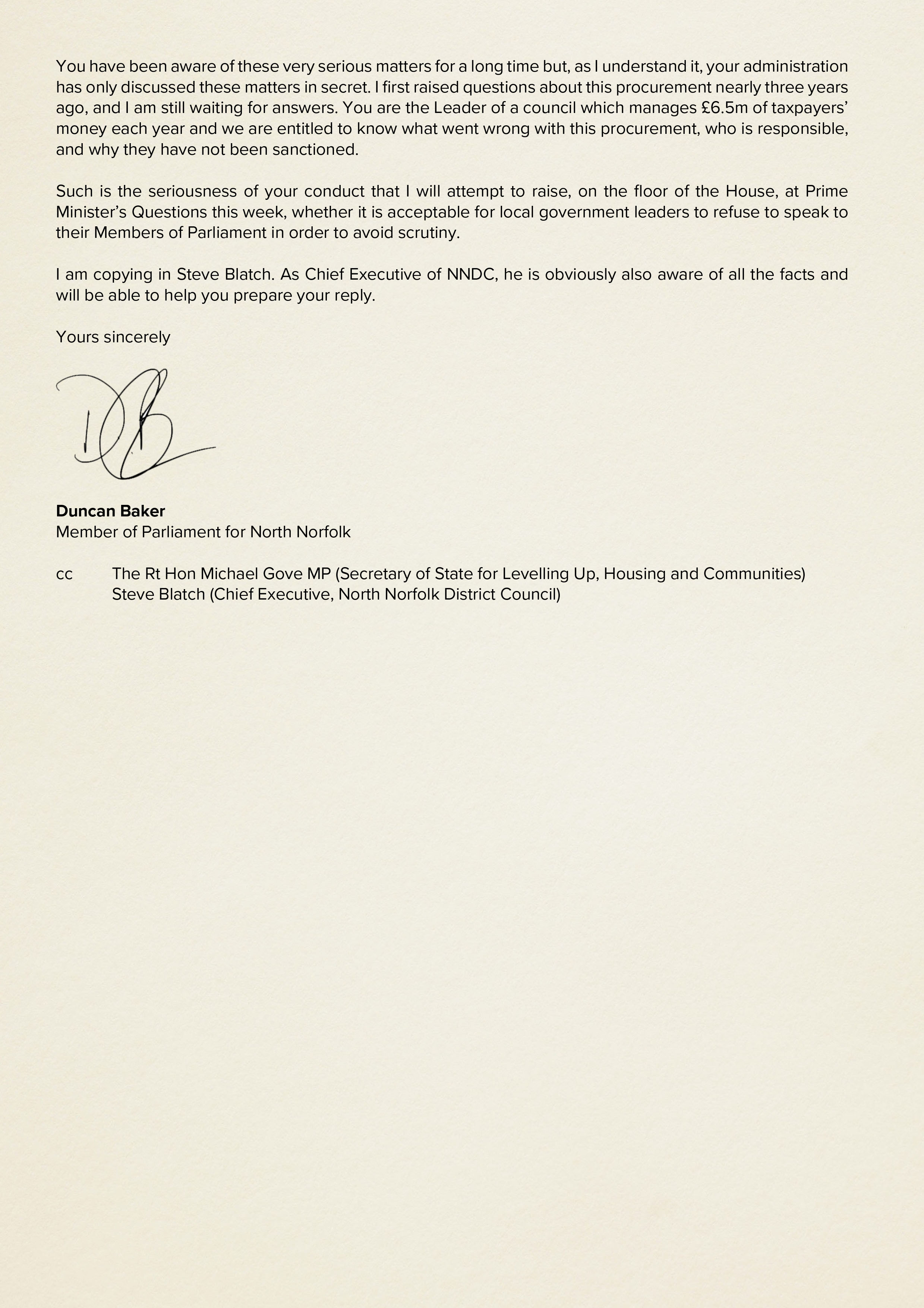