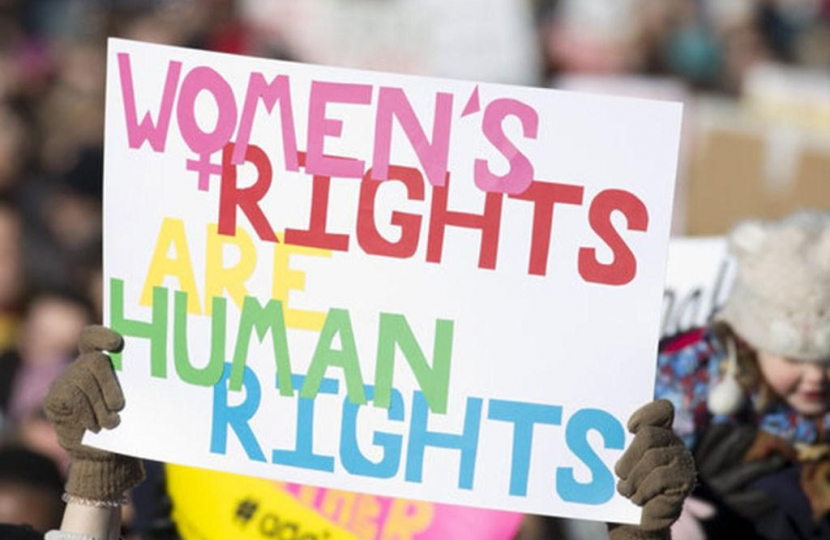 I’ve had a lot of emails this week thanking the Prime Minister for his common sense views.  I’m glad he spoke for the majority with his sensible comments on women’s rights and gender identity.

Labour seem unable to provide a straight answer to the question “what is a woman?”, whilst the Lib Dems under Ed Davey have even gone as far as to ban one of their activists from the party for ten years. Her crime? Wearing a t-shirt reading: “woman: adult human female”.

As a father to two little girls, I entirely agree with the Prime Minister and wonder what sort of world my children will grow up in. I believe anyone going through gender dysphoria deserves to be happy, and deserves their bravery to be recognised. Indeed, the Equality Act provides legal protection for anyone who has changed or is in the process of changing their biological sex, and that is entirely right.

In my view, I do think that women should have their own protected spaces – in hospitals, public buildings, changing rooms, and elsewhere – which are dedicated solely to women. And I don’t think biological males should be competing in female sporting events: to allow this would be extremely unfair for women.

I champion the rights of any group to campaign for their needs and wishes to be respected. But not if it means taking away the rights of women – which have been hard fought for and hard won, over many decades.