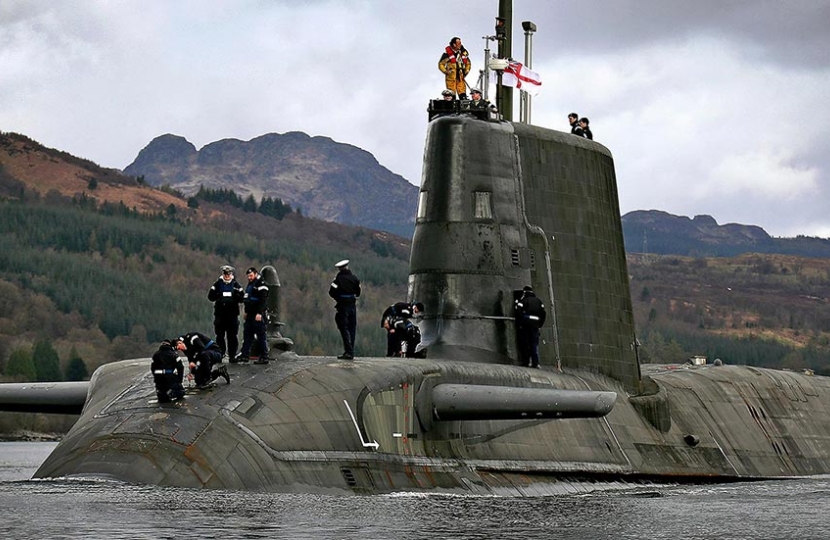 Like many constituencies these days North Norfolk has few military establishments, in fact I have only one, RAF Neatishead, which I believe to be one of the smallest RAF stations in the country commanded by a Warrant Officer and with a handful of personnel.  We do however have a lot of veterans.  This year, as I have travelled around my beautiful constituency what struck me was how many of our local voluntary organisations are supported by them.  They bring a calm, can-do attitude, drive, initiative and a team-led way of working be it to a church, lunch club, parish council or indeed the Samaritans. As a society, we would be very much worse off without these groups and they would be much worse off without the veterans who support them.

Veterans, no matter the colour of their uniforms or badges on their headgear, have a shared experience and understanding of the concept of service.  They understand the necessity of putting the needs of their ship, platoon, or squadron ahead of their personal desires and often indeed safety. This spirit is grounded on tradition, formed during basic training, honed in exercise after exercise and tempered on operations, of which we have sadly seen all too many in recent years.

Remembrance is an essential part of that grounding.  Most young recruits are introduced to veterans during their basic training who speak to them of their service, many visit sites of battles or visit historic ships and aircraft.  They will visit memorials and war graves and be part of services of Remembrance locally or nationally. In the Navy, Trafalgar Night is both a celebration of a great victory but also a collective act of Remembrance as the toast “The Immortal Memory” is drunk in every ship and establishment ashore, alongside and at sea around the world. And in fact, the North Norfolk Conservative Association would have been Nelson’s Association, in fact our shared office overlooks the school he attended.

Today, is also of course the 80th anniversary of the Battle of Taranto in 1940 where the Fleet Air Arm attacked the Italian Fleet and swung the balance of power in the Mediterranean our way.

Having mentioned surface ships and naval air power this brings me neatly onto one of my Association officers who also happens to be a veteran and the Honorary Submarine Flotilla Secretary.  We quite rightly hear much in this place about the exploits of the Army and Royal Air Force and we hear cries of where is the Navy when fishermen need protecting or the channel needs patrolling but we seldom hear much about the Submarine Service, the Silent Service.

Yet they have deployed the UK’s nuclear deterrent continuously for over half a century and with tomahawk cruise missiles have played a major role in Kosovo, Afghanistan and Libya not to mention the more covert operations they regularly conduct around the world.

The men and women who crew these boats deploy for months at a time without the luxury of email or telephones to talk to their families back home.  Now, through Covid, even more separation comes from the need to quarantine before they start their weeks of pre-deployment training and from that moment they will not see their loved ones until they return home at the end of their deployment.

I know that the Rt Hon Member for Plymouth Moor is very supportive of the appeal but on this Remembrance Day I felt it important to bring The Submariner Memorial Appeal to the awareness of the House.