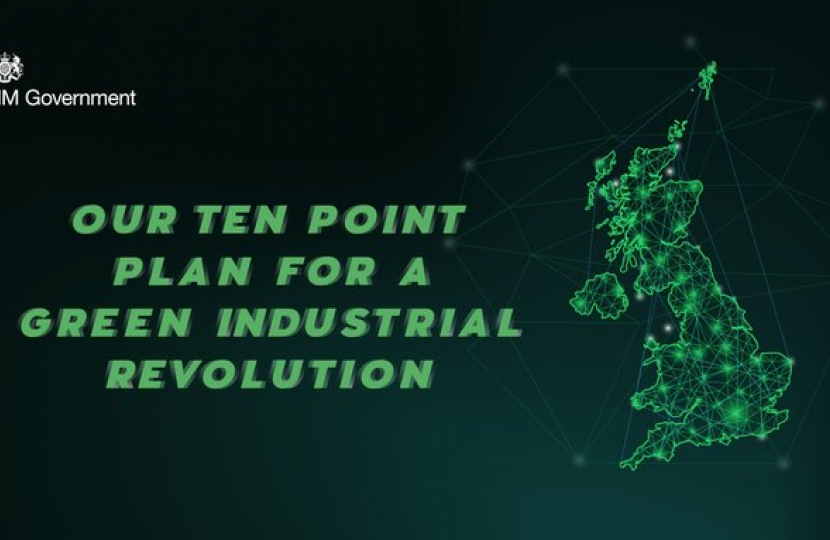 Today the Prime Minister has announced his ambitious ten-point plan for the Green Industrial Revolution, which will create and support up to 250,000 British jobs:

The plan will utilise £12bn of government investment, including:

Although this year has taken a very different path to the one we expected, I haven't lost sight of our ambitious plans to level up across the country. My Ten Point Plan will create, support and protect hundreds of thousands of green jobs, while making strides towards net zero by 2050.

Our green industrial revolution will be powered by the wind turbines of Scotland and the North East, propelled by the electric vehicles made in the Midlands and advanced by the latest technologies developed in Wales, so we can look ahead to a more prosperous, green future. 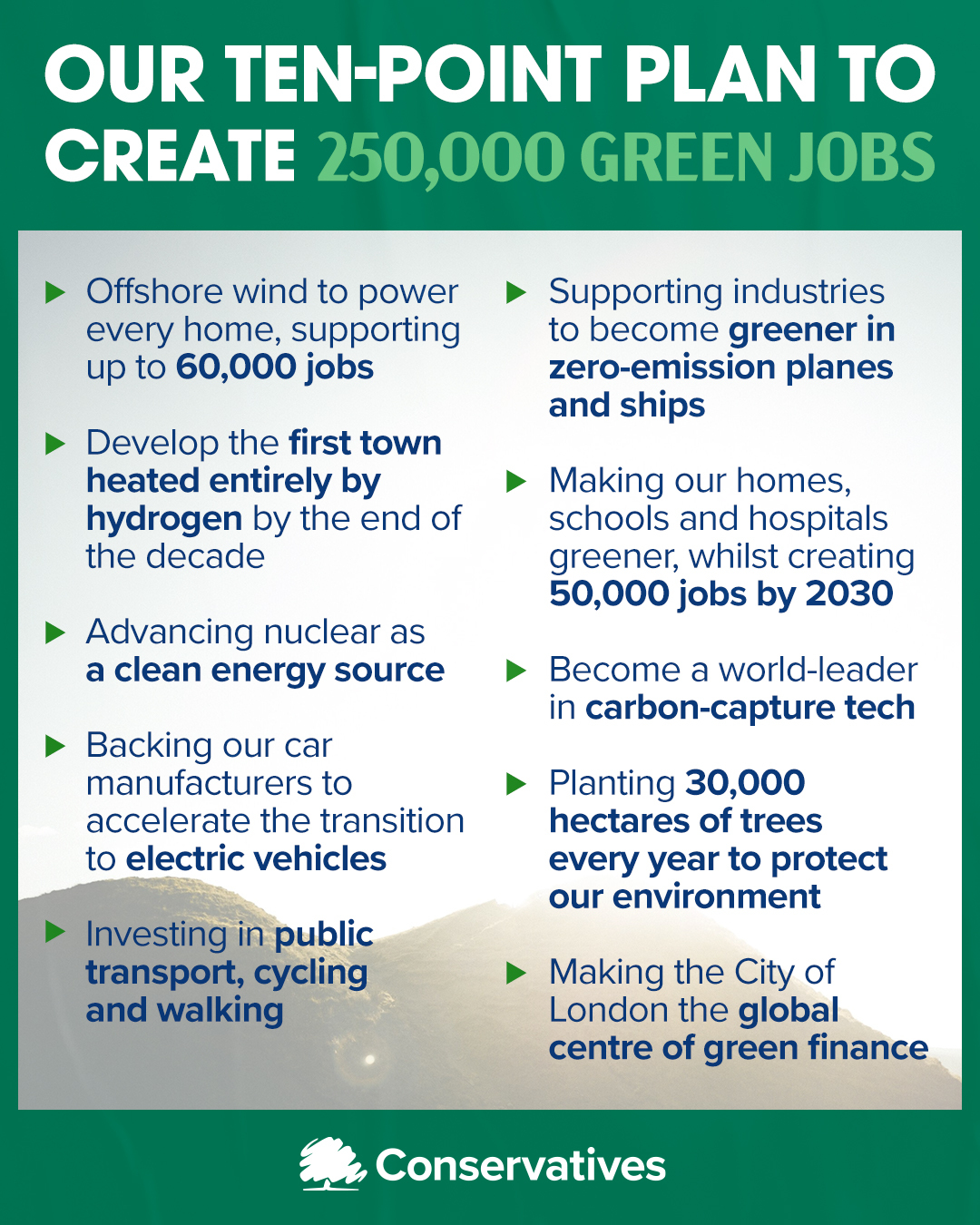