Why I’m backing Liz Truss for the leadership. 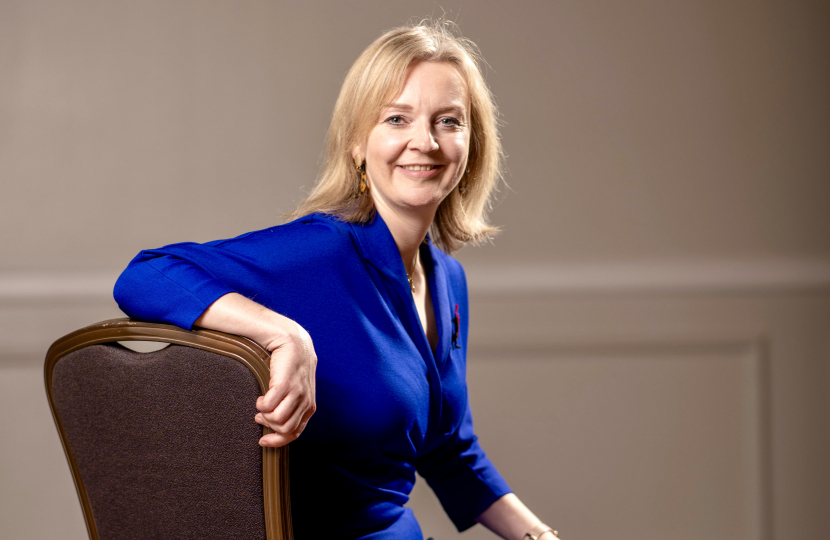 After backing Penny Mordaunt, I was proud to have been part of the team that got her into the final three from the many runners and riders in the Conservative party leadership race. However, with Penny gone, I’ve taken time to take stock and listen to what the remaining two finalists have to say.

This leadership race started off as one based on personality and not policy. It’s ended up as quite the reverse - for me it is all about policy. And that’s why I’m now backing Liz.

I’ve made no secret that I’m a huge admirer of Rishi Sunak. He was a revelation during the pandemic in the schemes he brought forward to safeguard the jobs and livelihoods of millions of people. Without the furlough scheme, millions of families simply would not have survived. Beyond furlough, he will always be remembered for providing one of the most comprehensive packages of support in the world.

But politics does not look back, it always looks around the corner at who is best placed to take us forward.

I spend every Summer touring North Norfolk knocking on hundreds of doors as part of my ‘Summer constituency tour’. It’s good fun meeting people all over the stump, and the number one question at the moment is: ‘come on then, who’ll it be, Liz or Rishi?’.

I listen to what constituents tell me. I listen to what our rapidly growing Conservative membership in North Norfolk tells me… they’re positive – we’ve had nearly 50 new members in the last two months alone and I make an informed choice of my own, making sure North Norfolk’s interests remain at the heart of it.

Locally, I’ve sought direct assurances from her that the Triple Lock will be reinstated, that she will put her backing behind a dentistry school at the UEA and together after my volunteering and understanding of the crisis in our ambulance response times, we will work together on innovative solutions to ease this issue that affects us all.

Nationally, what Liz Truss is saying is resonating, and for good reason. She means business and talks it, too. As someone with a background in business, I like what she’s saying on the economy. It chimes with my experience, which I gained before becoming a Member of Parliament. There’s a spirit of determination in Liz’s campaign, she wants to get the economy growing. She is right, hiking up tax rates, chokes off growth. It makes our businesses falter with their investment strategies – she gets that and she wants to bring tax rates down, and down now. Will it spike inflation? No. The inflation we are seeing is artificially caused by the energy crisis. It will resettle itself in the medium term, and while it does we should do all we can to encourage growth, turbo-charge our economy, and encourage investment by lowering our tax rates.

What else is she putting front and centre of her stall to be Prime Minister? The family. Simple, yet effective, her idea to allow tax breaks for working couples is one that many hardworking families will see benefit them amidst the cost of living challenges confronting us. If she embraces families sharing personal allowances while one parent works and the other brings up the children, this would be a hark back to good fundamental Conservative family values – something we’ve not seen enough of in recent times.

The bottom line is, I want a change of direction. A smaller state. One of lower taxes, that rewards entrepreneurial spirit, small business owners, and the free market. Liz is offering, not more of the same, but that change. A change which will take us in a new direction and with it, usher-in a change of pace, as well.

Indeed, her ability to turn the dial and get the results that this country needs, is what causes me to have this faith in her. She’s shown this as Foreign Sec. Indeed, it’s important to remember that whilst there are domestic matters to be dealt with, we’re also electing the Prime Minister of a major G7 nation. One that will this Autumn almost undoubtedly have to stand up to Putin. That leader needs to have the resilience, surety, and resolve, to take us through some pretty difficult times coming up.

She won’t thank me for saying this, but Liz Truss is as tough as old boots. She has the steadfastness and formidability to deal with all that lies ahead. She is offering a change of direction that has a refreshing, ‘get-up-and-go’ spirit which both reflects what this Party’s about and what this nation’s always been about.

And if all this isn’t enough – I and many others would see the icing on the cake to be the fact that one of our very own Norfolk MPs would have the keys to Number 10 Downing Street. She knows what Norfolk needs, what the Party needs, and what the country needs. To me, it feels as though it’s a bit of a no-brainer.

Plans to save the flagship M&S Oxford Street Store

Demolishing the flagship Marble Arch M&S building would not only mean the country loses a beautiful heritage building, but in a climate emergency it would release thousands of tonnes of CO2 into the atmosphere.